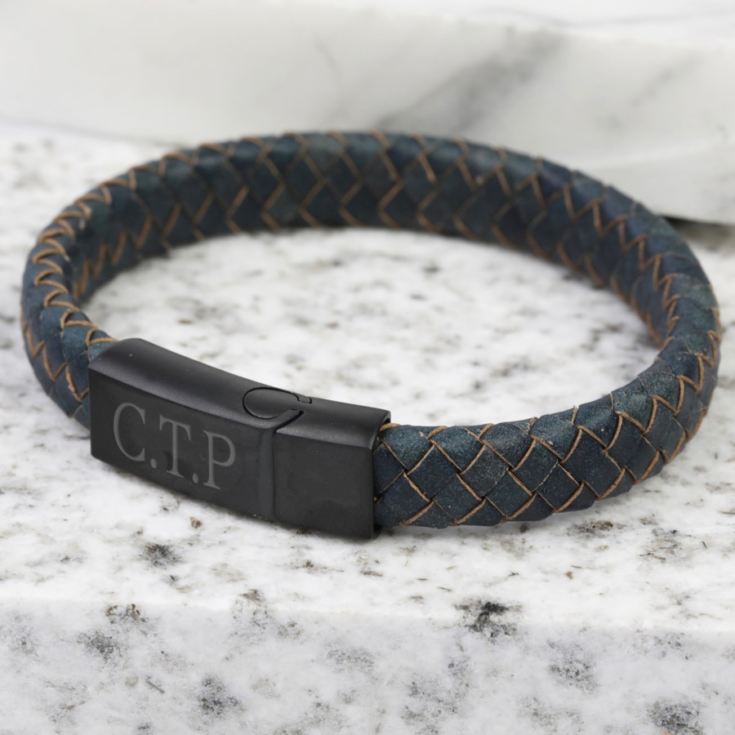 Our Personalised Antique Blue Matt Black Clasp Bracelet Large makes a stunning gift if you are searching for a bespoke piece of jewellery for him.

Its rugged and chunky appearance is brilliantly on trend, while holding a unique message of sweet sentimental value. The bracelet itself is made of strong woven navy leather straps, and finished with a magnetic stainless steel clasp, which fastens securely in place.

Personalise your bracelet by having the clasp engraved on both sides. On one side, there is space for 3 lines of text, max 15 characters per line. On the other side, we will engrave a star constellation of your choice.

This wonderfully unique men’s bracelet is the perfect choice as a gift for Dad's Birthday or a special Daddy on Father’s Day. 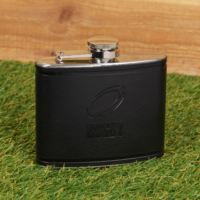