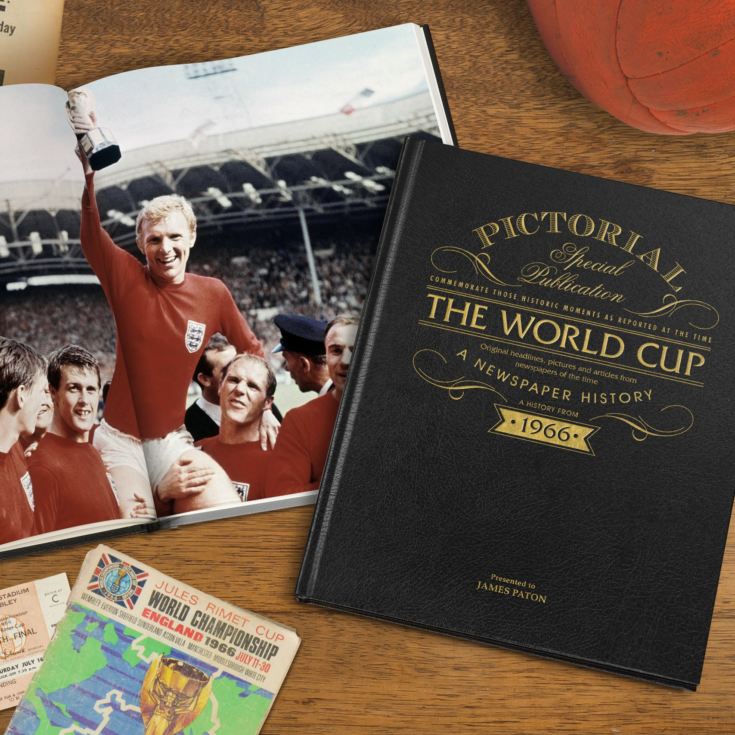 HN-030209010100
£79.99
Your text will be printed exactly as you have entered it, so please double check spelling, punctuation and capitalisation. Not all accents and symbols can be printed. No Emojis please
World Cup Football Book


Relive over half a century of World Cup tournaments, from the World Cup in 1966 in England to the 2014 World Cup hosted by Brazil, through the newspaper coverage of the time.

It's the most prestigious tournament in the world with top footballing nations competing for the highest accolade.

This special world cup football book includes highlights from all the world cups since 1966, with specific pictorial sections dedicated to the great players of the time. The great teams and stars of their time are featured in reports and pictures, scanned from original newspapers. Over half a century of some of the greatest world cup games contained in both colour and black and white pages of action. 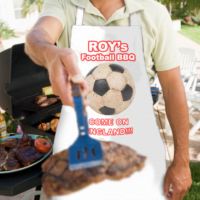 Personalised World Cup Football Book has been added to your basket