DS-IP/_DRM_PHOTO
£29.99
4.92/5 Stars
Customer Star Rating Average rating based on 13 reviews
The perfect gift idea for any football fan. These personalised photos are fully approved and licensed by your chosen team.

With many different teams photographs to choose from including:

The photographs are taken from the actual club dressing rooms with your name cleverly incorporated onto the back of the shirt hanging in the centre of the image.

The recipient's full name is printed alongside the other players at the bottom of the page with a space left for them to add their own signature once they've received the photo.

As well as having your own name printed onto the shirt you can choose what number you would like on your shirt making it a great gift for a birthday or anniversary with the number incorporated into the design.

Each print comes ready to hang in a contemporary black frame which measures 40cm by 34cm.

Players and managers names will be modified on this product to reflect any changes.

Please note the following teams do have signature of the players: 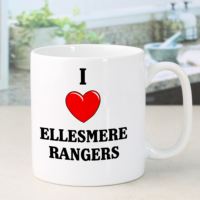