One of the most important parts of any Christening Ceremony is the beautiful gown which the baby wears. The Christening gown, as we know it today, evolved in the mid eighteenth century and was made in the same style as dresses worn by children of the day– a long over garment with a front opening (usually tied by ribbons) underneath which you could see a petticoat. 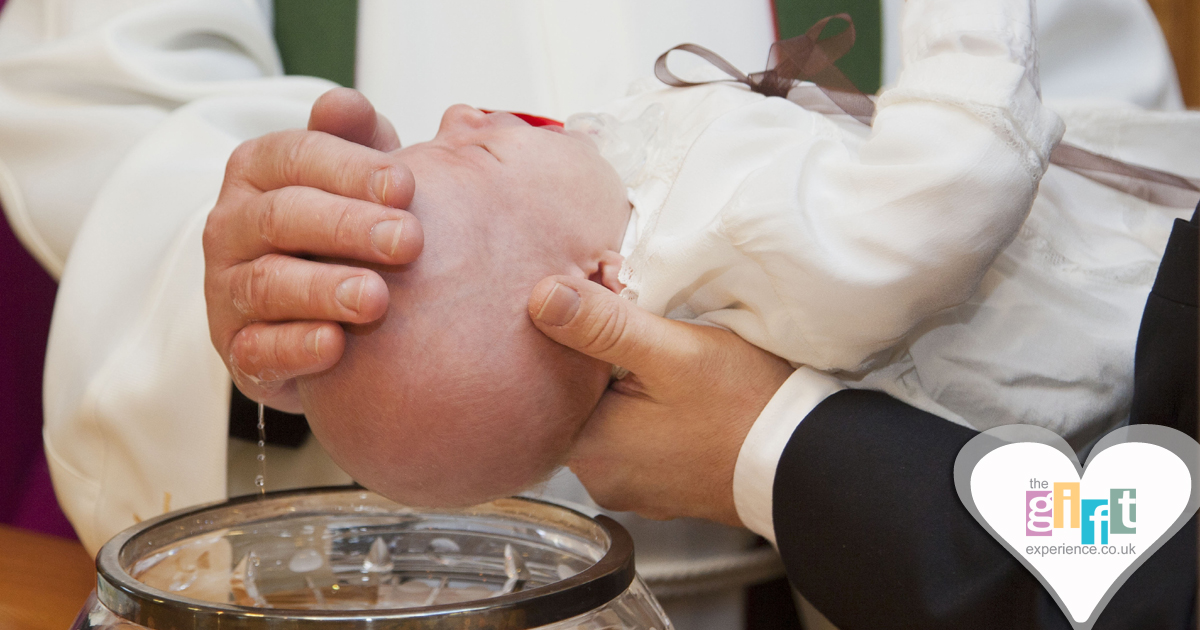 The same style of Christening Gown has remained popular for Christenings ever since as the ornate and expensive gowns often become treasured keepsakes used by many other children in the family and handed down from generation to generation. Traditionally, this gown is white or slightly off white and made with many laces, trims and intricate details.

In the past, a gown was used for both baby boys and girls. In more modern times, boys are sometimes Christened in less feminine christening outfits. Also made of white or off white fabric, the christening outfit consists of a romper with a vest or other accessories. After the Baptism Ceremony, these articles of clothing are preserved as a memory of this very special and significant event in the child's life.

The concept of pink for girls and blue for boys did not truly exist until the mid-1900’s. Prior to that colour designations were not really noteworthy.

An old Scottish custom involved pinning a piece of shortbread to the Christening robe, to be worn throughout the ceremony. An unmarried girl who ate the shortbread afterwards was sure to dream of her future husband that night. It was also thought essential for the baby to sleep in its Christening robe for the first night after baptism, to bring luck and good health in the future.

A very traditional Christening Gift takes the form of a spoon. This is an ancient tradition originating from the Apostle spoon Usually silver or silver-plated, but sometimes of other metals, such as pewter, the Apostle spoon bears an image of an apostle or other Christian religious figure as the termination of the handle, each bearing his distinctive emblem. Originating in the early fifteenth century, Apostle Spoons were usually made in sets of thirteen.

These days, however, the gift can be anything from teddy bears and jewellery to toys and photo frames. An increasingly popular type of gift is the personalised gift – where the name, date of birth and details about the baby are immortalised – often engraved – onto the gift.

Browse our selection of Christening Gifts from The Gift Experience.