Buying a Christening Gift is a real joy. And what better gift for your little cherub than a sterling silver guardian angel necklace in its own personalised box? 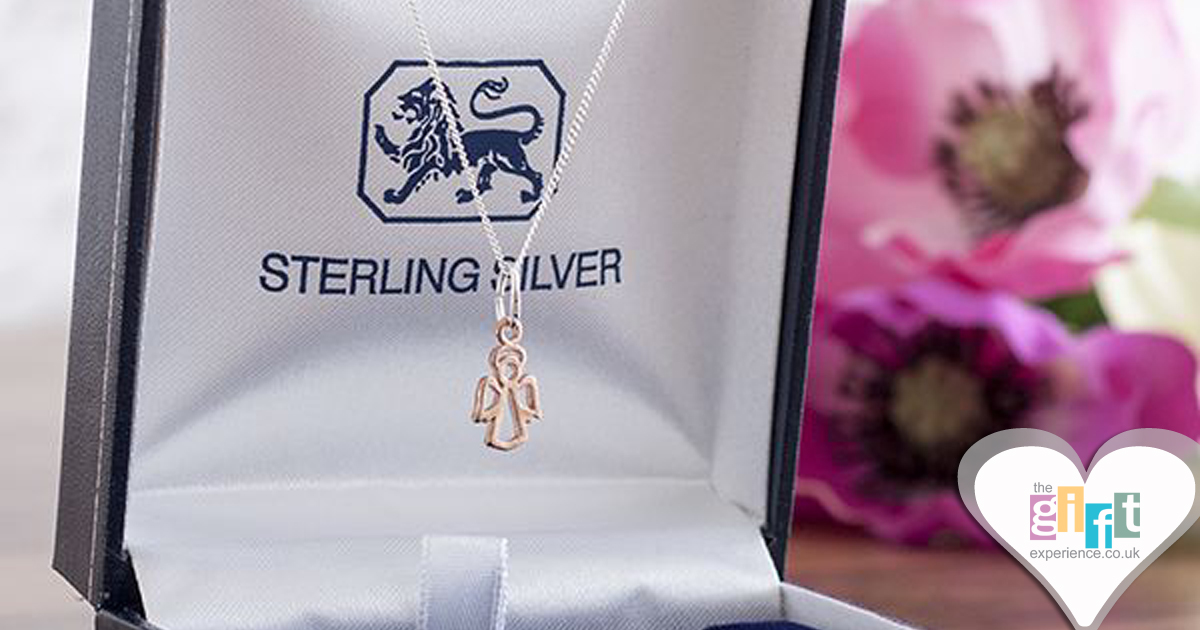 The idea of the guardian angel stems the ancient Greek belief that God sends a spirit to watch every individual.The idea appears in the Old Testament, although it is not specifically articulated. The belief that angels can be guides for us is found in the Books of Job and of Daniel.

In the Book of Enoch, part of the Ethiopian Orthodox Tweahedo Church's canon of scripture, it says God will 'set a guard of holy angels over all the righteous to guard them during the end of time, while the wicked are being destroyed.'

In the new International version of the Book of Matthew, Jesus says of children: 'See that you do not look down on one of these little ones. For I tell you that their angels in heaven always see the face of my father in heaven.' This is often understood to mean children are protected by guardian angels.

Hebrews says: "Are they (angels) not all ministering spirits, sent forth to minister for them who shall be heirs of salvation?"

The most commonly depicted guardian angel in art, is that of Saint Peter's. After Peter had been escorted out of prison by an angel, he went to the home of 'Mary, the mother of John ...' The servant girl, Rhoda, recognised his voice and ran back to tell the group that Peter was there. However, the group replied, 'It must be his angel'.

Peter's guardian angel is most famously depicted in Raphael's fresco of the Deliverance of Saint Peter, which hangs in the Vatican, in Rome.

The first Christian theologian to talk about guardian angels was Honorius of Antun. He said every soul was assigned a guardian angel the moment it was put into a body.

What's more, Gemma Galgani, a mystic, stated that she had spoken with her guardian angel! Wouldn't we all have liked to have heard that conversation?

Popular medieval drama painted a dimmer picture of a guardian angel. In Christopher Marlowe's famous morality play, 'The Tragic Hisoty of Doctor Faustus' written around 1592, Faustus has a good angel and a bad angel, who offer competing advice. How unhelpful is that?

There is also an islamic belief, in the Kirama Katibin, that two angels reside on either shoulder of humans to record their good and bad deeds. They do not influence us in any way, but simply record. If we truly repent then, does the 'naughty' angel wipe her slate clean? Who knows ...

In this country, and our modern times, we think of guardian angels as spirits who look after us, and keep us safe.

This makes the guardian angel a fitting symbol for a Christening Gift, or indeed as a gift for anyone we would like to protect, whatever their age.

Here is a traditional Catholic prayer to our guardian angel:

Angel of God, my guardian dear
to whom God's love commits me here.
Ever this day/night be at my side
to light, to guard, to rule and guide.
Amen.

Do you think you have a guardian angel? We like to think so.

Find all your Christening Gift needs, at The Gift Experience.