Bridesmaid history, traditions and superstitions from the British Isles

Bridesmaids are a big part of most weddings but do you know the reason? We've pulled together some bridesmaid facts, traditions and superstitions from around the British Isles as a fun way to find out a little more about this central wedding party position... 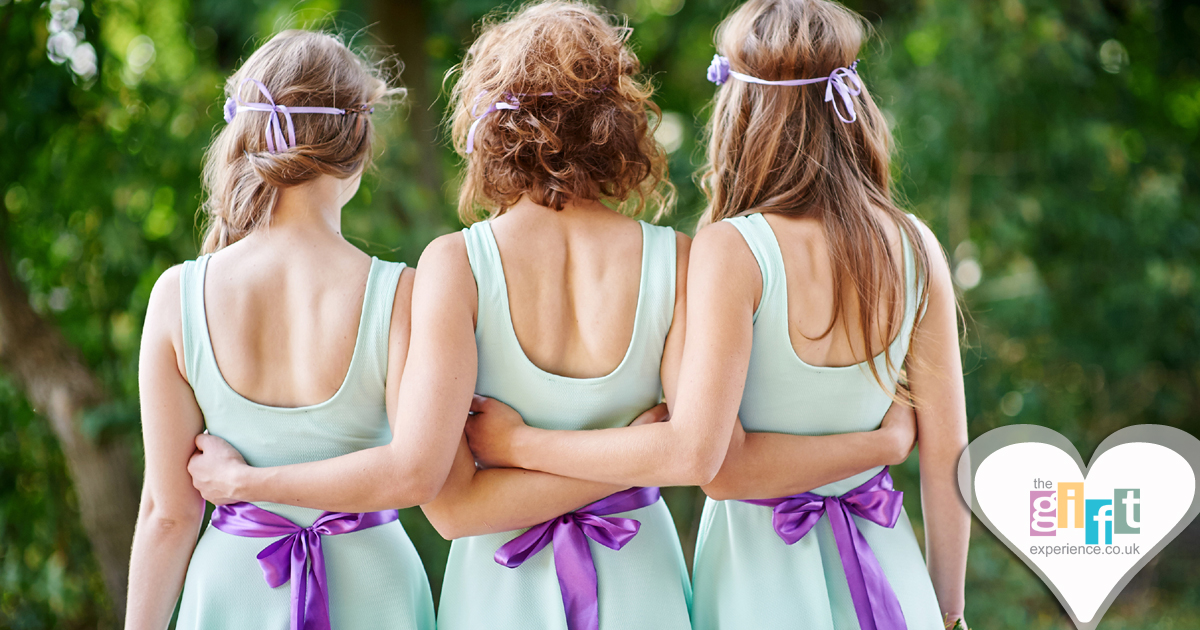 Bridesmaids were originally a group of women, the bride's sisters and friends, that attended a wedding dressed identically to the bride. They would wear the same dress and most importantly the same veil as the lady of the day. Traditionally this was because people feared evil spirits would come and curse the bride on her wedding day, or whisk her away, so the bridesmaids acted as matching decoys in order to confuse the spirits long enough for the bride to become happily married.

Chive got your back

Centuries ago bridesmaids used to walk down the aisle with slightly different types of posies to those we see today. Aromatic bunches of garlic, herbs and grains were carried by these lovely ladies in order to drive even more evil spirits away from the wedding – it also helped that these herbs made things smell a little nicer at a time when personal hygiene wasn't such a big thing! 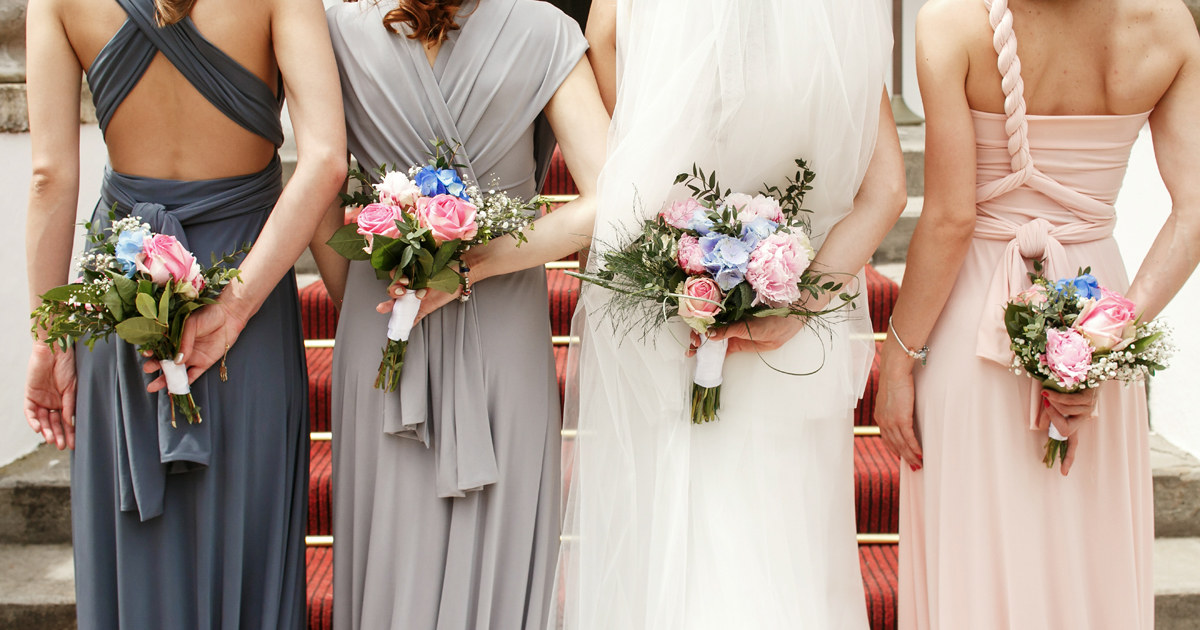 Long after bridesmaids are able to wear something different to the bride these wedding party members still have to be careful of evil spirits when walking down the aisle. An old superstition suggests that if a bridesmaid stumbles, trips or falls during her walk down the aisle a curse will befall her and she will never marry!

While being a bridesmaid was considered a great way to find a husband, woe betide any young woman who was a bridesmaid three times without her own offer of marriage – superstition told that if this were to happen she would never find her perfect man! That is, unless she was a bridesmaid another 4 times, seven in total. After being in seven different wedding parties the curse would be broken and her true love could find her again. 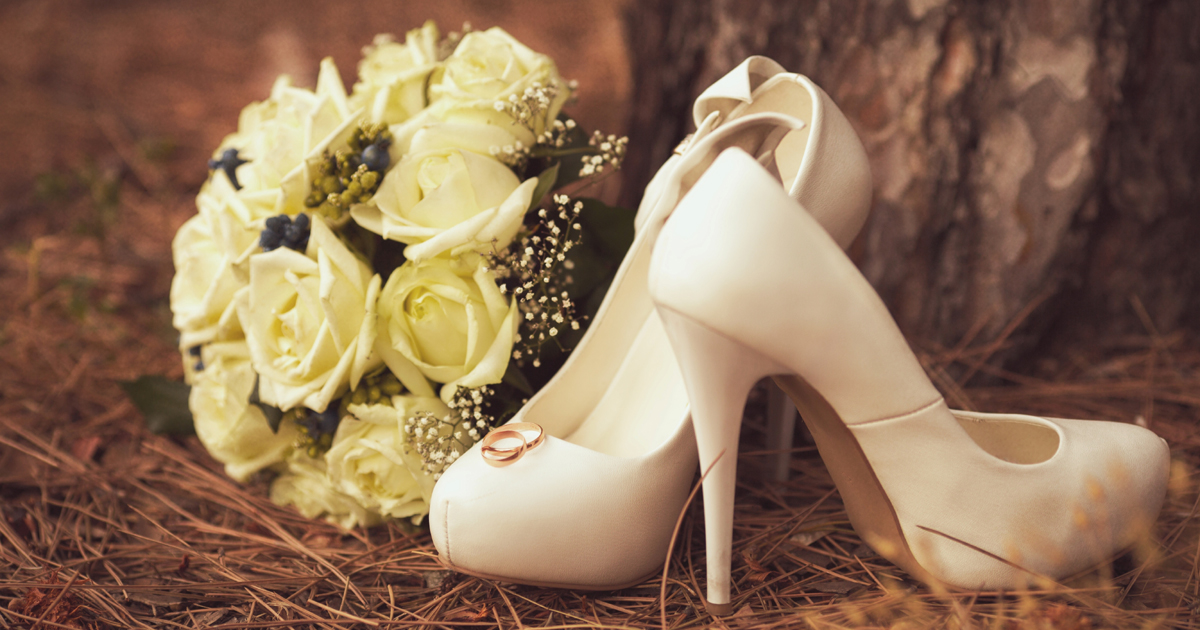 The shoe is on the other foot

In Anglo-Saxon times shoes played a variety of roles in weddings. Traditionally, before the time of the bouquet toss, a bride would take off her shoe after the ceremony and throw it for her bridesmaids. Similarly to the modern bouquet, it was believed that any lady that caught it would be the next to wed. However, there used to be a twist, the bridesmaid would then throw the shoe and the first man she hit would be her future husband!

Welsh brides traditionally included myrtle in their bouquet. This herb symbolises love and  marriage so a bride gave her bridesmaids cuttings of this plant, or included them the wedding party posies. The theory goes that if the bridesmaid plants it and it blooms, she'll be the next bride. 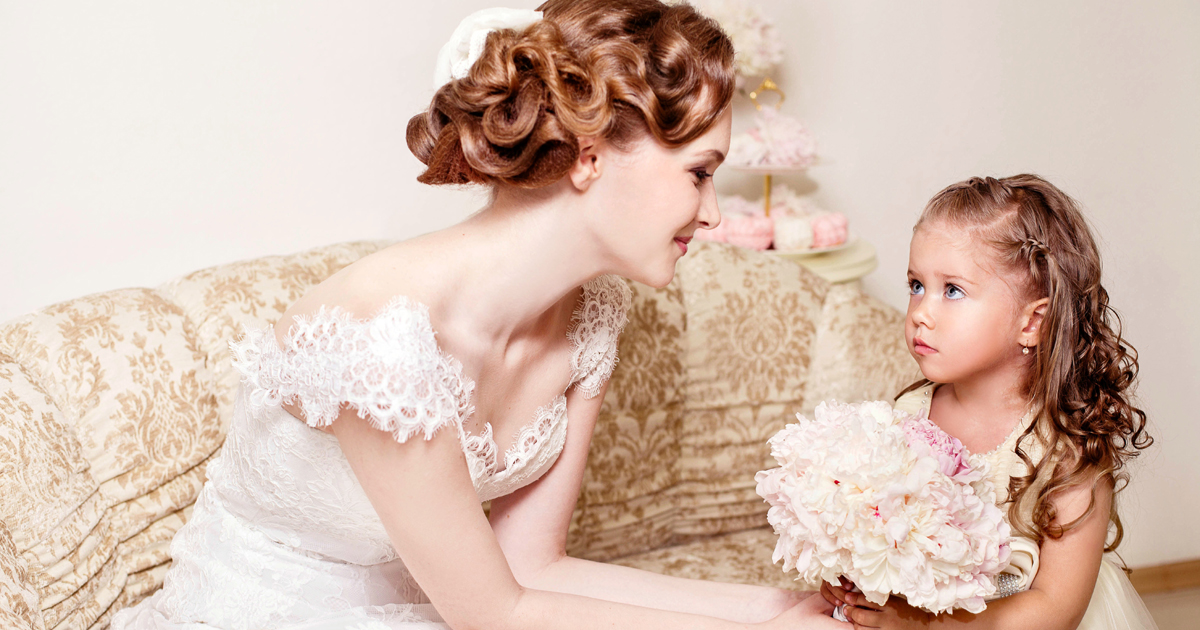 In Ireland braided hair is a symbol of feminine power and luck. Because of this symbolism Irish Brides and their bridesmaids traditionally wear their bridal hair in a variety of braided styles that incorporate ribbons and wild flowers.

Royal weddings in the United Kingdom do bridesmaids with a twist. Usually, the bride's attendants are young girls rather than contemporaries. At Diana's wedding the eldest bridesmaid was 17 years old and the youngest was five, while at Kate's the eldest was only 8 and the youngest girls were 3! (For any pedants out there – Pippa was Kate's Maid of Honour). 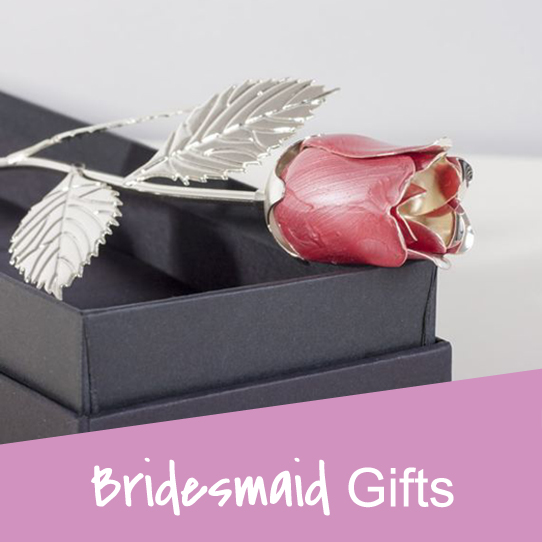 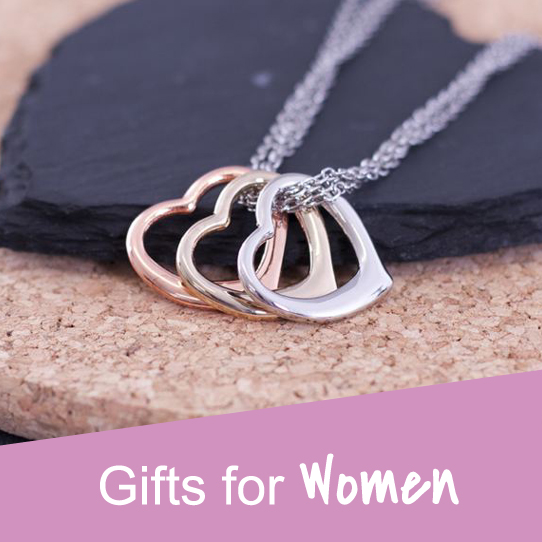 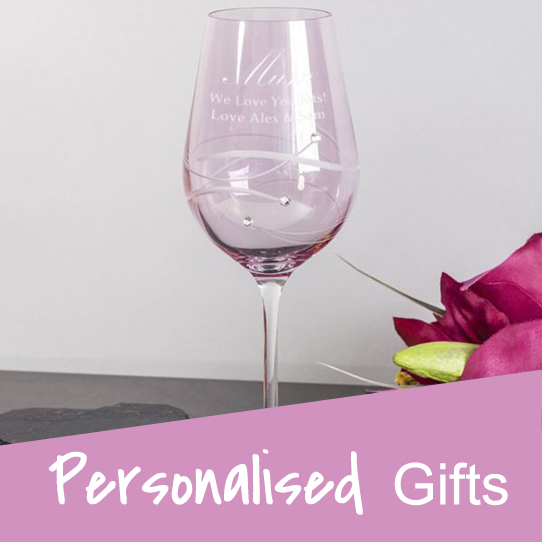