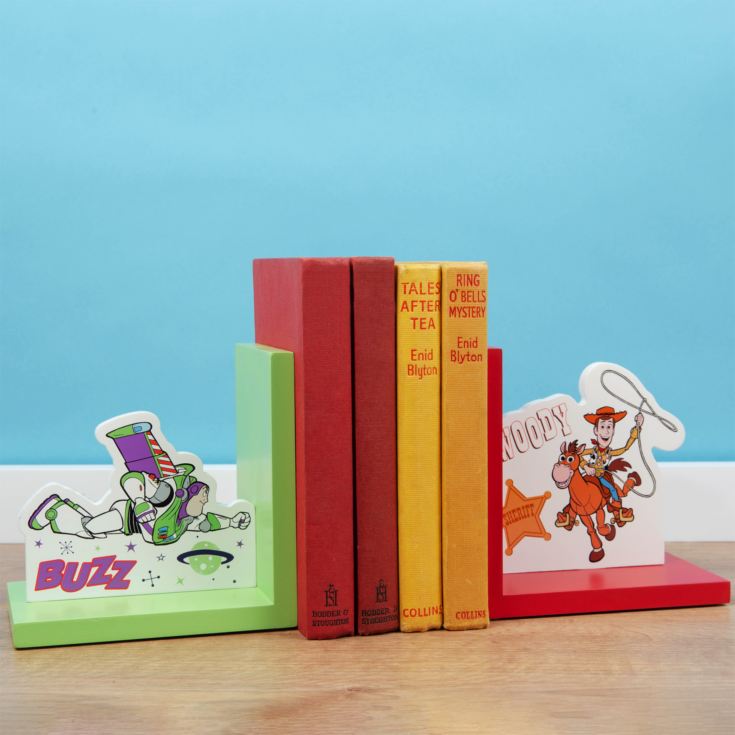 3RD-WP/DI621
£19.49
Bring the magic of Toy Story to their bedroom with this set of Woody & Buzz bookends. From the Disney Pixar gift collection - collectable giftware featuring everyone's favourite animated characters.

The sturdy bookends feature bright and bold red and green colours along with colourful illustrations of everybody's favourite Sheriff and Space Ranger. Complete with branded packaging to make a great gift.