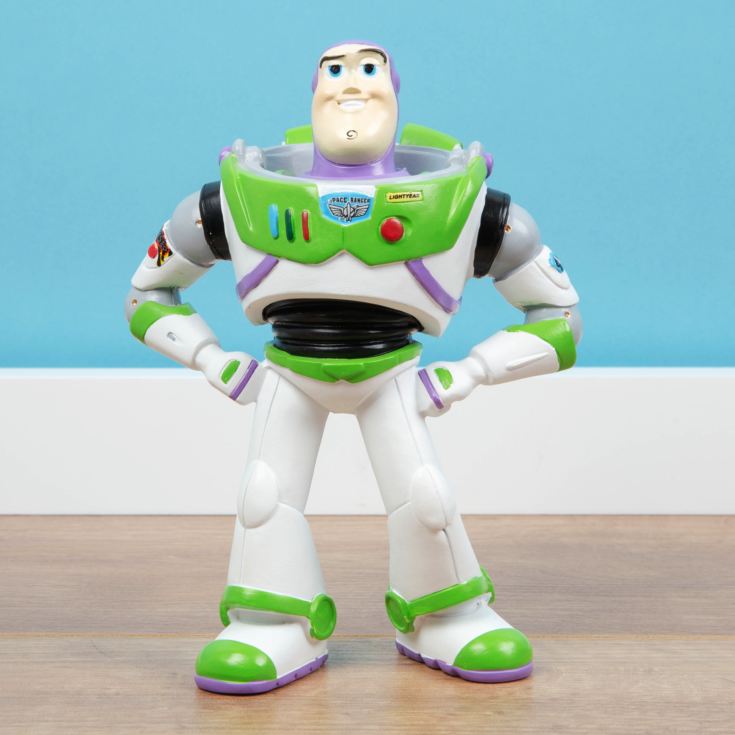 Everyone’s favourite space ranger stands with his hands on his hips and a welcoming smile on his face.