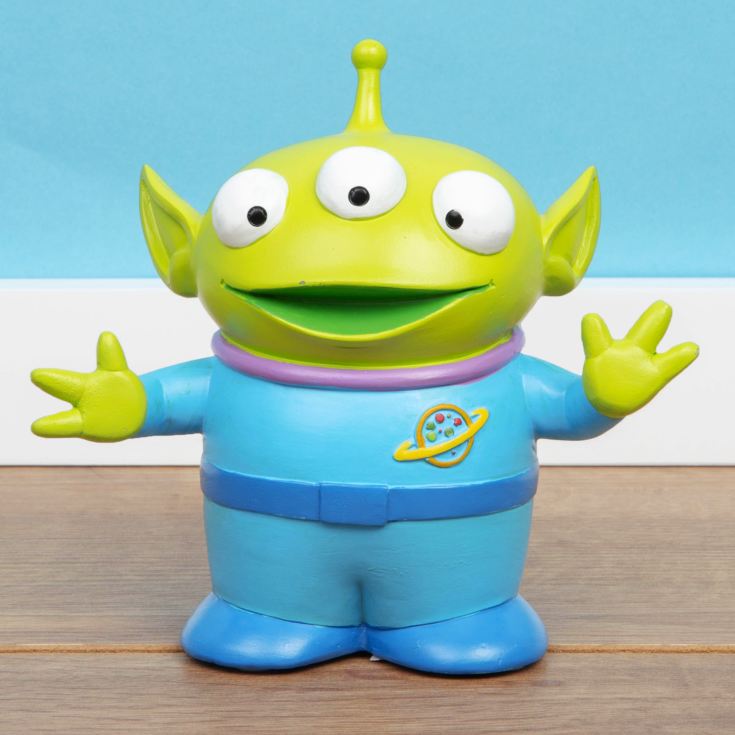 Everyone’s favourite three eyed rubber squeaky toy stands with his three fingered hands raised and a welcoming smile on his face. There is a coin slot on the back of his head and an easy to remove rubber stopper for access to your savings.

Complete with a branded gift box this makes the perfect gift to a Disney fan or collector.

Quite simply, Disney is the world's number one brand and it is a privilege for us to be their key giftware licensee. From classic characters such as Winnie the Pooh through to modern phenomena such as Frozen and Toy Story, Disney’s beloved characters are favourites of children and adults alike. The Disney range brings to life all of your favourite characters in an era filled with new and reimagined Disney stories.
Gifts You Viewed
Customers Also Liked