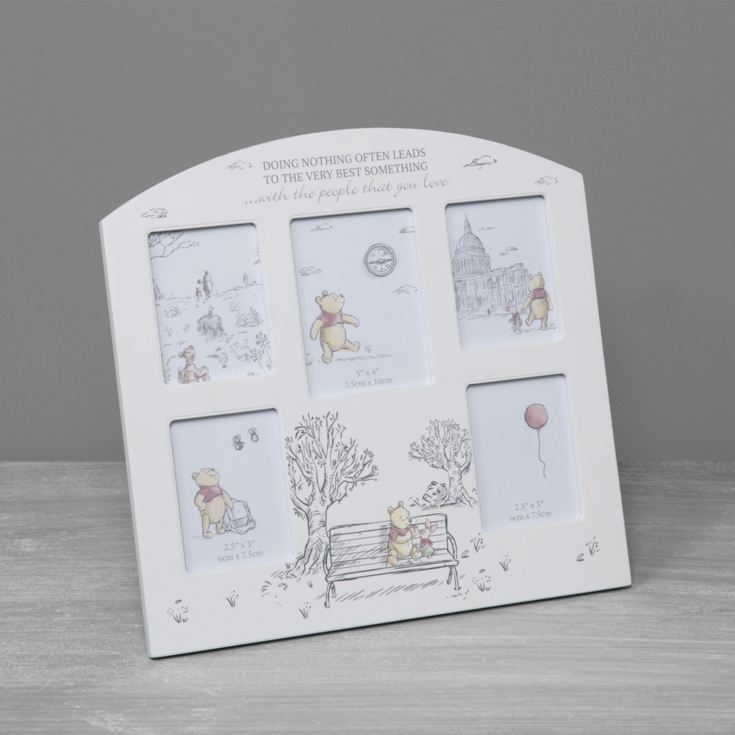 3RD-WP/DI501
£26.49
'Doing nothing often leads to the very best something…with the people that you love.' So, remember those special moments when doing nothing became the very best something with this multi-aperture photo frame from the Christopher Robin Collection. Featuring a central illustration of Pooh and Piglet on a park bench, a standing strut, four 2.5"x3" apertures and one 3"x4" aperture.