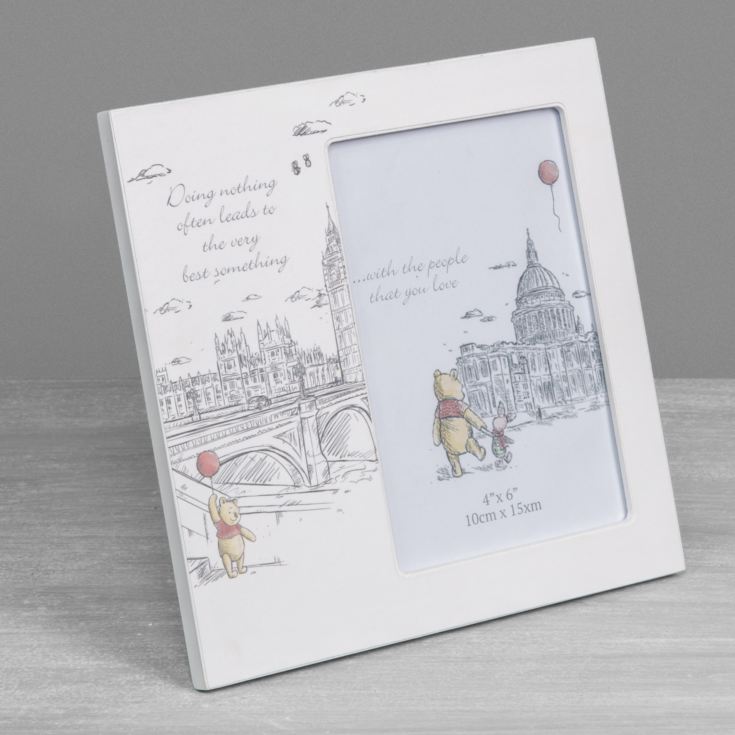 3RD-WP/DI504
£14.49
'Doing nothing often leads to the very best something' heads this delightful cream photo frame with 4" x 6" aperture from the Christopher Robin collection. An original E.H. Shepard illustration of Pooh walking by the Houses of Parliament and Westminster Bridge, on his adventure in London. The perfect way to display a photo in a nursery or bedroom. Complete with black standing strut.