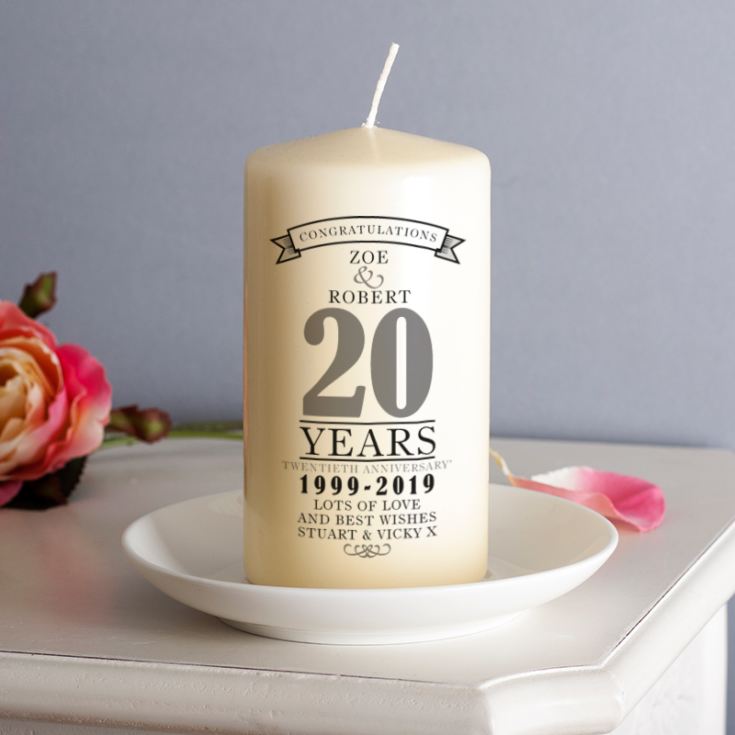 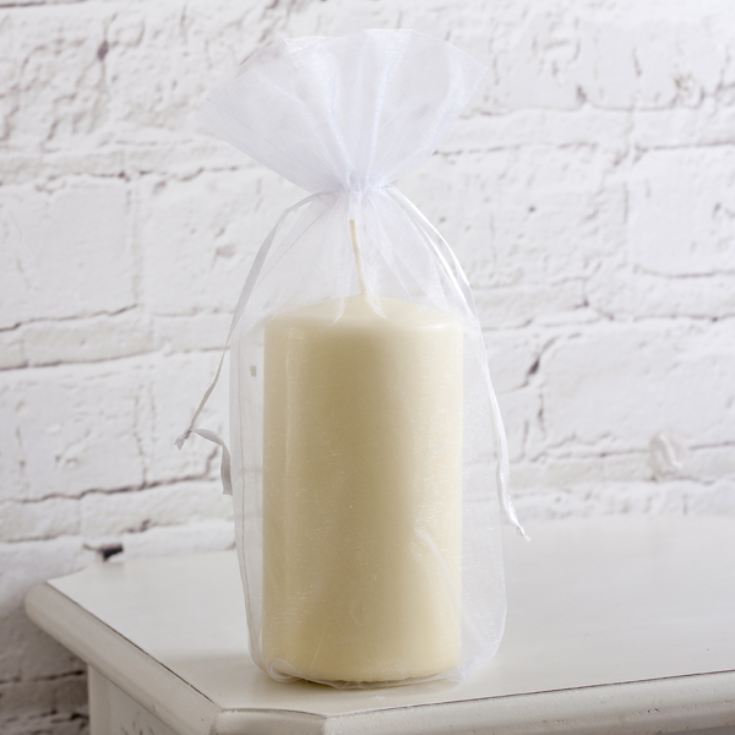 Our 20th Year Anniversary Candle makes a lovely Keepsake after 20 years of marriage.
A perfect gift to remember this great milestone.

This personalised candle features a scroll with the word Congratulations inside. Followed by the couples first names, which you enter. Below this is a large 20th and Twentieth Anniversary below that. You then can enter the to and from years of their anniversary, followed by three lines of a Personal Message to the couple.
Personalisation:

Couples Names  (10 Characters Max. each)
To and from date of their marriage, eg year they got married to present year.
Three lines of a message max 17 Characters per line.

The candle is approximately  13 x 7cm and comes displayed in a beautiful organza bag.
Gifts You Viewed
Customers Also Liked 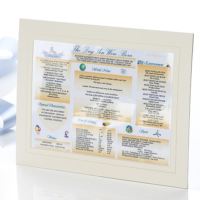 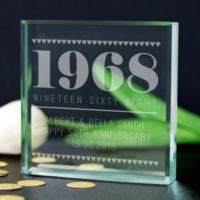 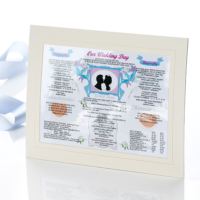 Personalised 20th Anniversary Candle has been added to your basket