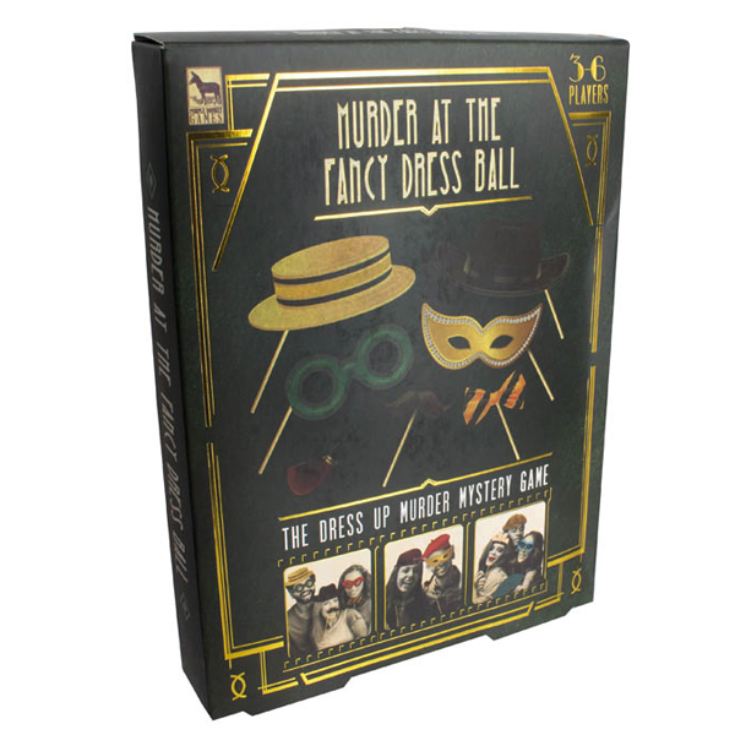 WH-PA/PP3032
£7.99
This Murder At The Fancy Dress Ball mystery game is a great dinner party game to play with your family or friends.

You were guests at the annual manor house fancy dress party when a cold blooded murder occurred. Inthe panic that ensued the murderer made off wearing his fancy dress costume. A reward of £100 has been offered for information leading to the killer.

As guests at the fancy dress party you gather together to try to work out what the murderer was wearing, where the murder occurred and what their motive was.

To keep order each guest takes it in turn to ask another guest who they were talking to, which room they were in and what they were wearing at the time of the murder. Using this information the smartest guest manages to deduct what the murderer was wearing, where the murder occurred and what their motive was. This player wins the game and swiftly makes their way to the police station to stake a claim to the reward money.