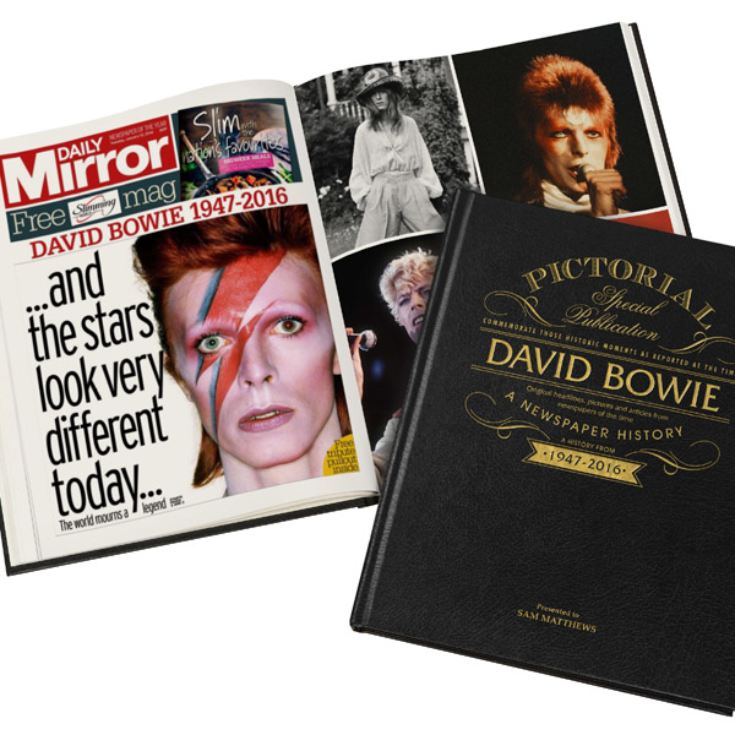 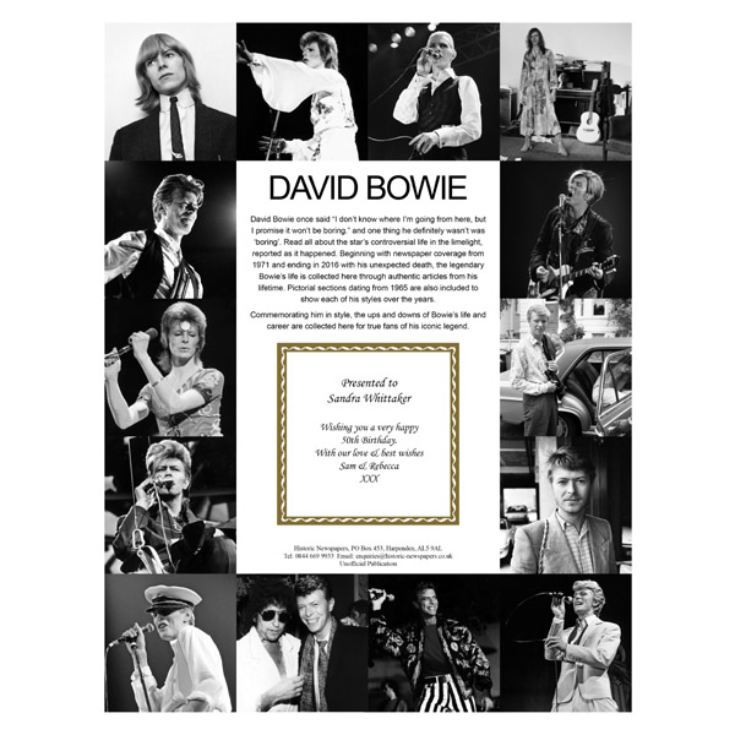 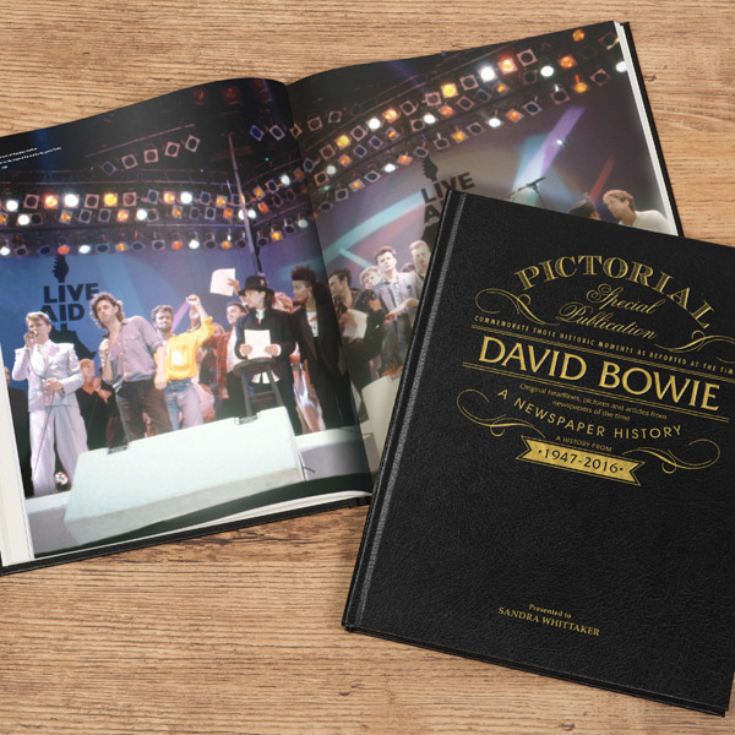 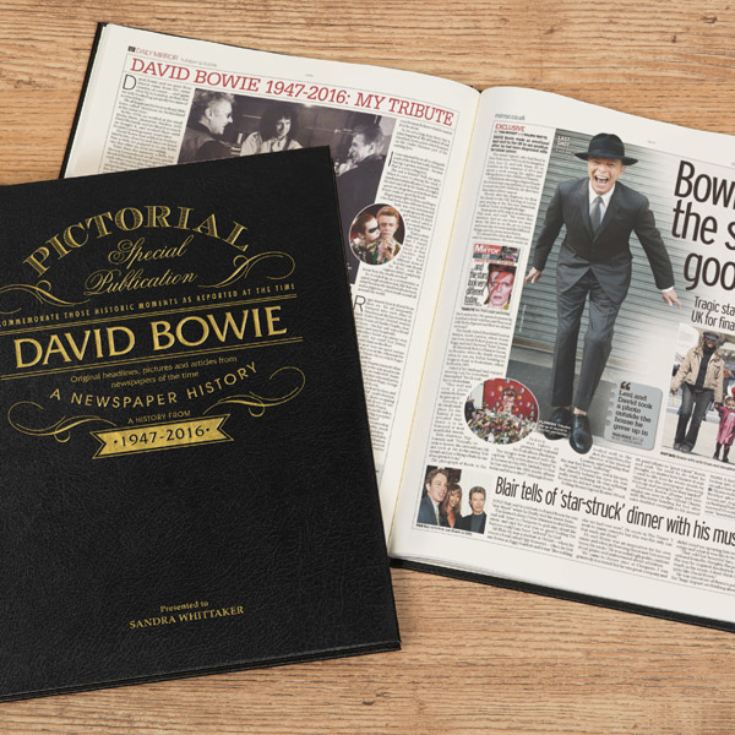 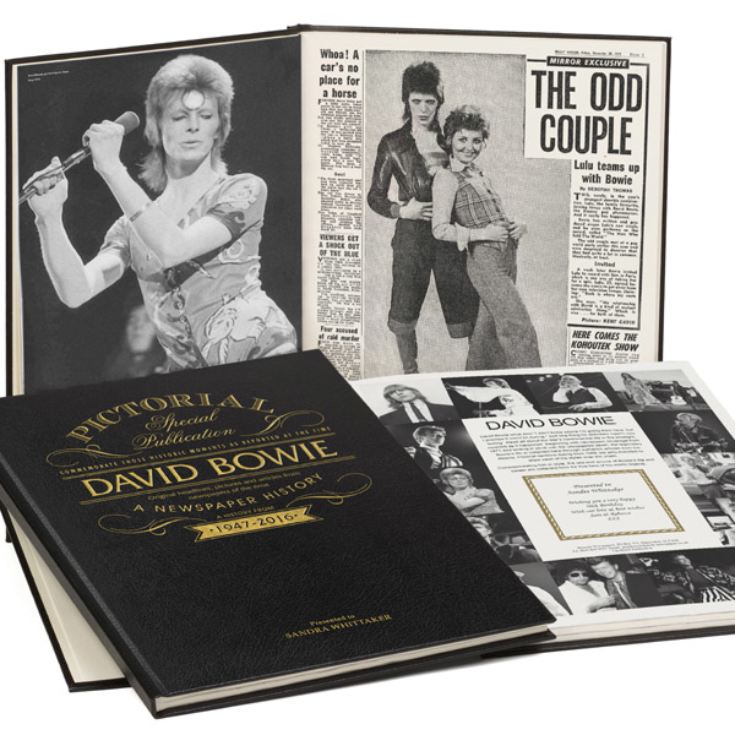 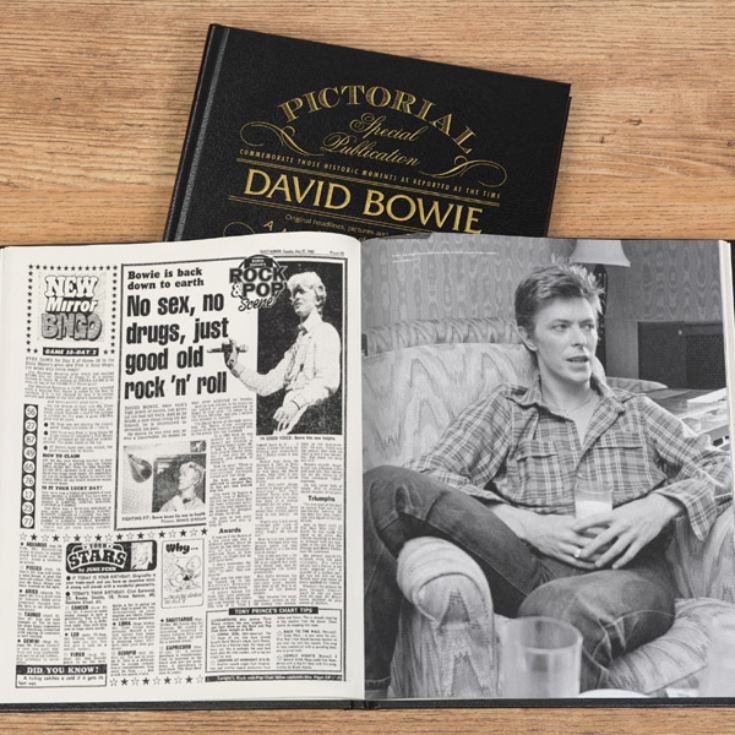 HN-060216010100
£69.99
Your text will be printed exactly as you have entered it, so please double check spelling, punctuation and capitalisation. Not all accents and symbols can be printed. No Emojis please
David Bowie once said "I don't know where I'm going from here, but I promise it won't be boring." and one thing he definitely wasn't was 'boring'.

Read all about the star's controversial life in the limelight, reported as it happened. With every few pages seeming to show Bowie’s latest look as he reinvented himself in so many ways over the years, articles highlight how experimental Bowies music was.

Though his first marriage broke down, reporters followed his love-life at every opportunity, including his secret marriage to actress and model Iman in 1992. Having survived a heart attack, Bowie celebrated his 60th birthday, and coverage from this time gives an up to date timeline of his career, complete with photos from through the years.

Articles such as these perfectly complement the pictorial sections throughout this collection. Bowie’s retirement from making music didn’t stop him from appearing in the papers, anniversaries of famous albums and songs are well documented, as well as coverage of a London exhibition dedicated to him. 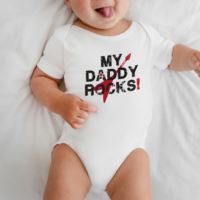 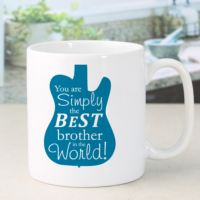 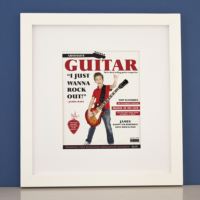