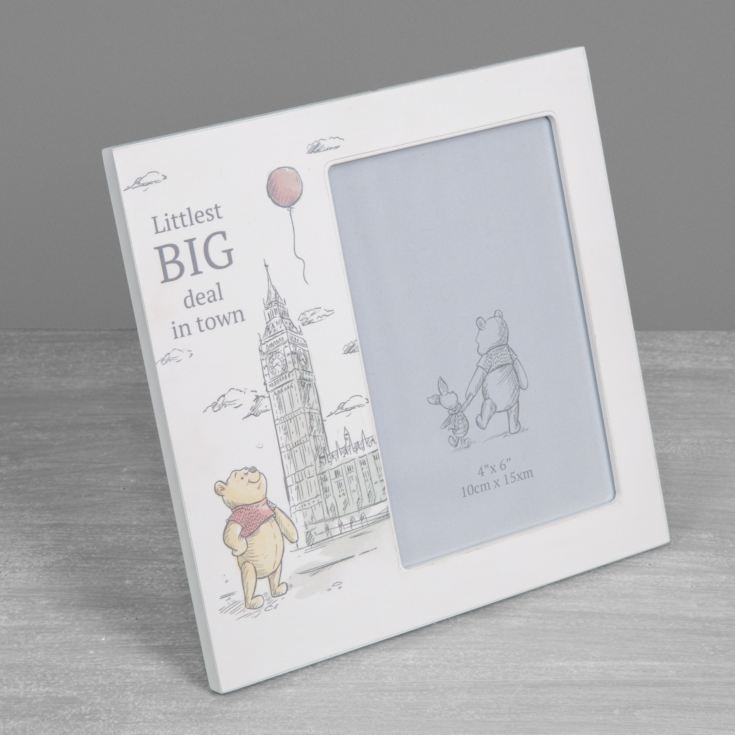 3RD-WP/DI503
£13.49
'The Littlest Big Deal in Town' heads this delightful cream photo frame with 4" x 6" aperture from the Christopher Robin collection. Featuring an original E.H. Shepard illustration of Pooh bear watching his red balloon float away over Big Ben. The perfect way to display a photo in a nursery or bedroom. Complete with black standing strut.