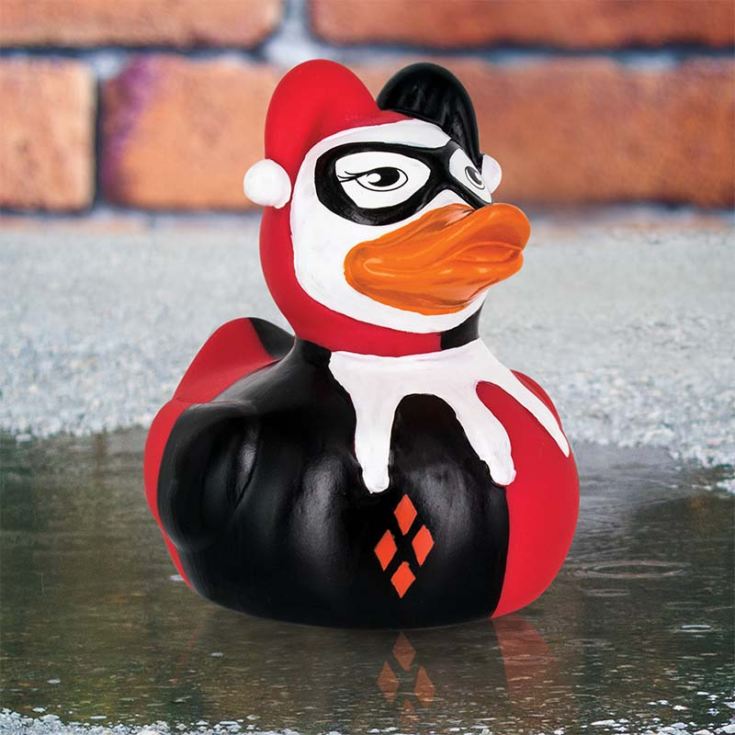 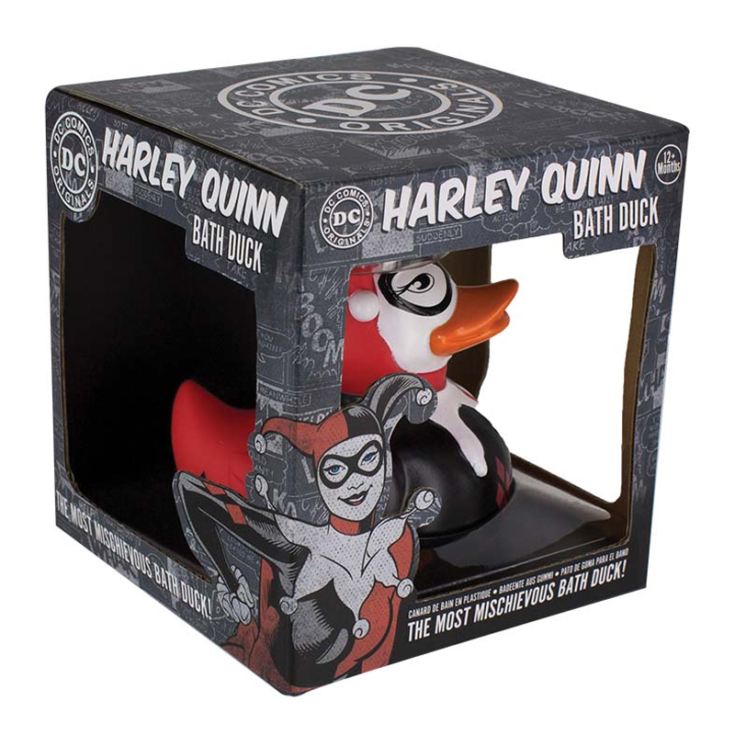 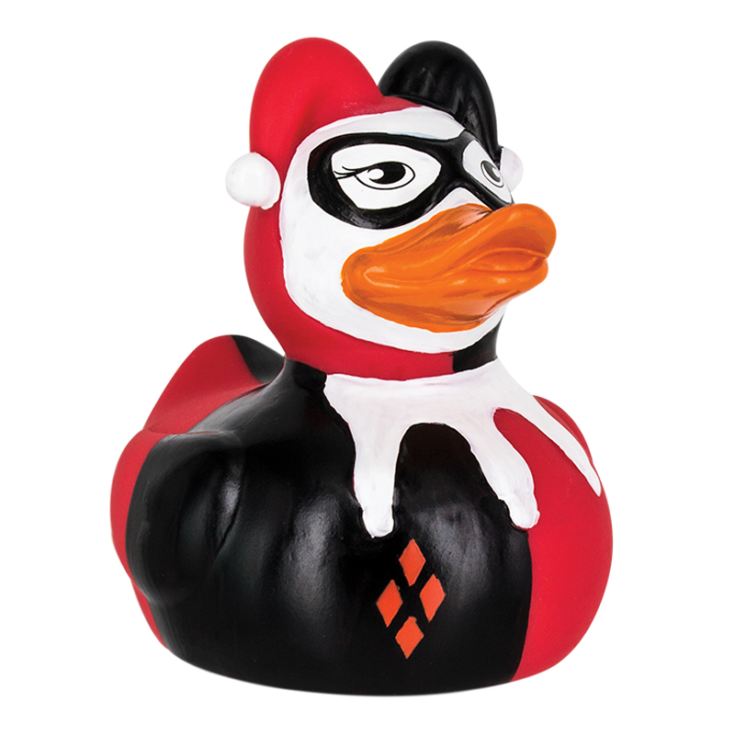 WH-PA/PP3330DC
£5.99
This item is discontinued - please contactus for alternative gifts
Enjoy a bath with a comic book legend thanks to this fun twist on the classic bath duck! Designed like the iconic DC Comics character, this fun and distinctive bath duck comes in Harley Quinn's original black and red jester outfit.

Harley Quinn is the popular villain first introduced to the public in TV shows and comic books in the early 1990s. Instantly a hit with fans, the character has gained even more popularity since hitting the big screen in 2016's Suicide Squad, and is one of the most popular characters in the DC canon.

Highly regarded with comic book fans around the world, DC Comics is responsible for creating many of the best loved characters in pop culture history, including Batman, Superman, and Wonder Woman among others, as well as popular crime fighting teams such as The Justice League and Suicide Squad. The Harley Quinn Bath Duck is an officially licensed DC Comics product.
Gifts You Viewed
Customers Also Liked 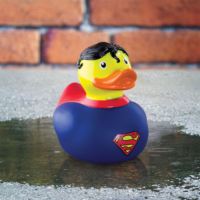 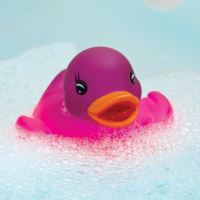 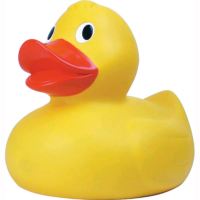 Harley Quinn Bath Duck has been added to your basket