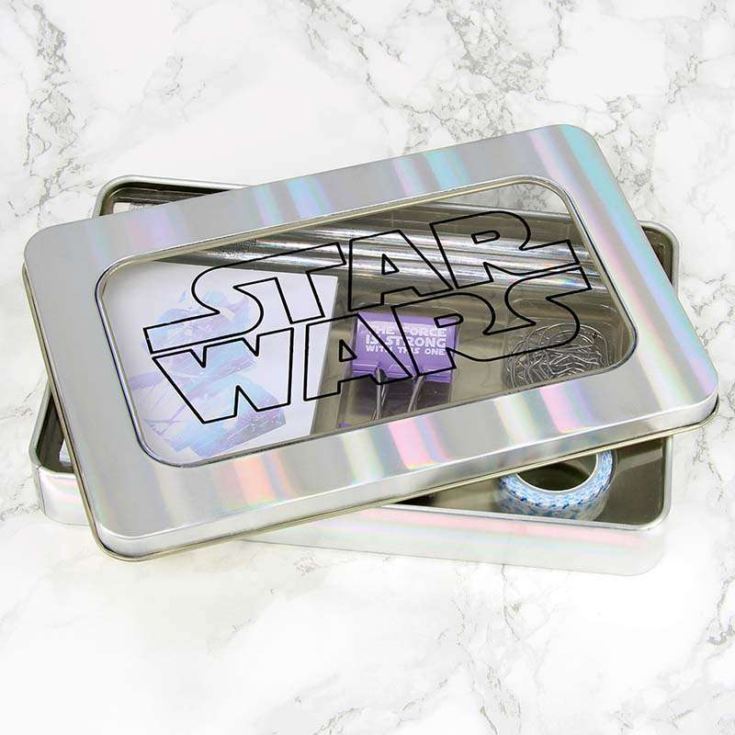 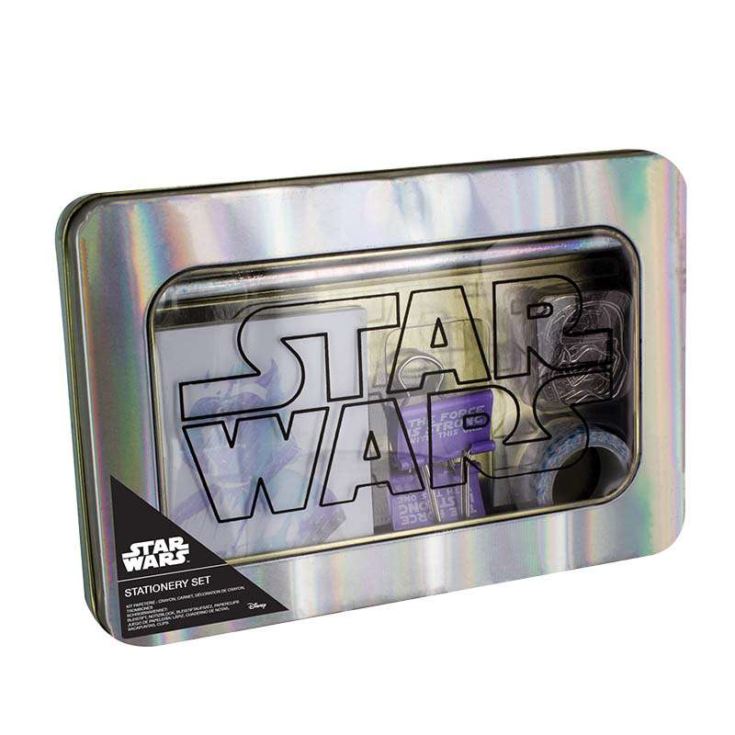 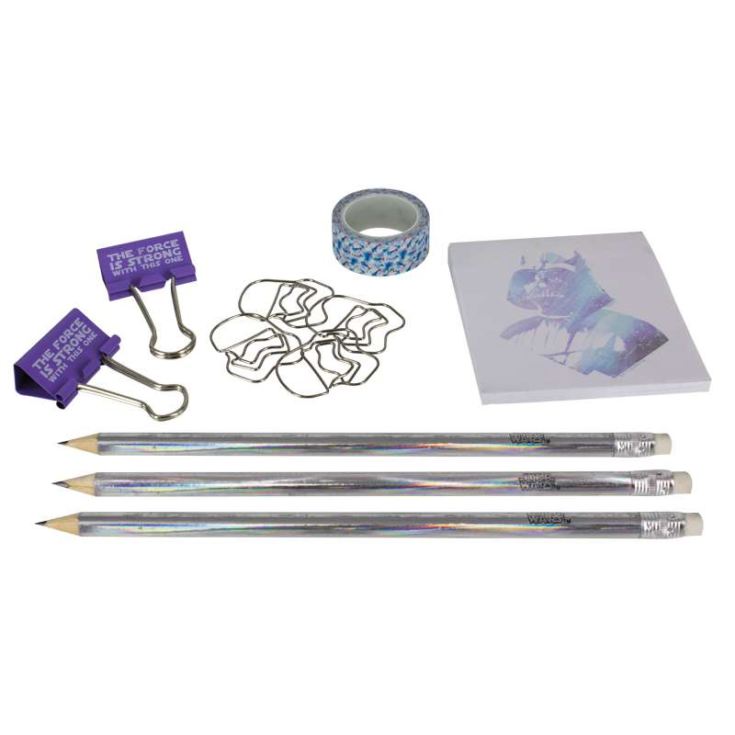 A creative Star Wars™ themed stationery set for fans of the blockbuster space saga, the Star Wars™ stationery Set has everything you need for a great back-to-school gift or to get started on your own epic stories!

Star Wars™ has been one of the most successful film franchises in cinema history since its original release in 1977, quickly becoming a defining moment in popular culture.

The series has continued to win new generations of fans with each instalment, resulting in a global fan base of millions. From A New Hope™ and Return of the Jedi™ through The Phantom Menace™ and Attack of the Clones™, right up to more recent successes such as The Force Awakens™ and stand alone films like Rogue One™, Star Wars™ continues to reach new heights by introducing great new characters as well as focusing on old favourites.

Star Wars Stationery Set has been added to your basket